I’ve recently read several articles on binge watching. Essentially about how people breeze through TV and consume entire series in a day to a week. All of these articles sound exactly the same; they all talk about the ever evolving way to watch TV and keep expressing how this is the new way people do it and that said people are sad and forever alone.

Pardon me for sounding like Cher Horowitz, but “AS IF!” These articles all make it seem like the concept of absorbing an entire show is something so new and evolutionary that it hasn’t been done forever. I desperately want to respond to each and every person that seems to think this concept is something that came about due to Netflix streaming capabilities and tablets and tell them they are all the weakest link. Binge watching has existed in the world of TV and TV Fandom for years, it’s just easier now because it’s main stream and no longer that much of a stigma when you tell people you do it.

When I started binge watching:

I started binge watching when I was about fourteen years old. I would make some cash here and there and buy TV on DVD and sit there on my ass and watch it. I’d indulge when I got home from school, during the weekends, basically whenever I had the time. One of the first shows I ever really remember consuming in a couple of sittings was Arrested Development. I bought the first two seasons, (this was before the third season aired) and I went for it. I watched both seasons in two days and I was in love with it.

I started buying TV on DVD more when I started working a steadier, FT job in my late teens and early twenties (MY DVD Collection is HUGE.) It started fairly small when I was in high school and I had some random DVD’s here and there. 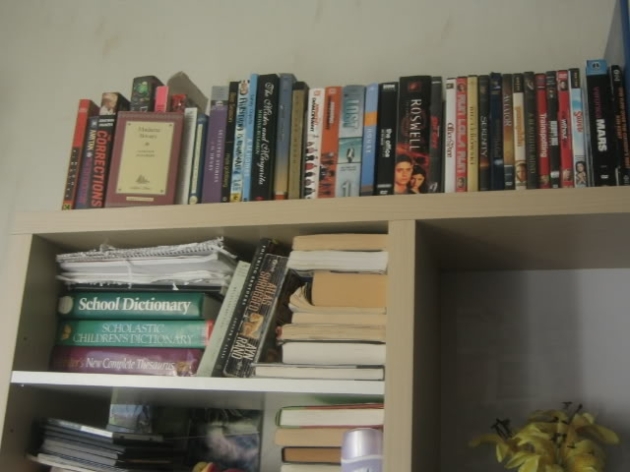 (I guess a picture speaks a thousand words. My DVD collection then. Followed by my DVD Collection now. My room is the size of a tiny walk in closet so I don’t have much space for anything. So it is indeed a clutter.) 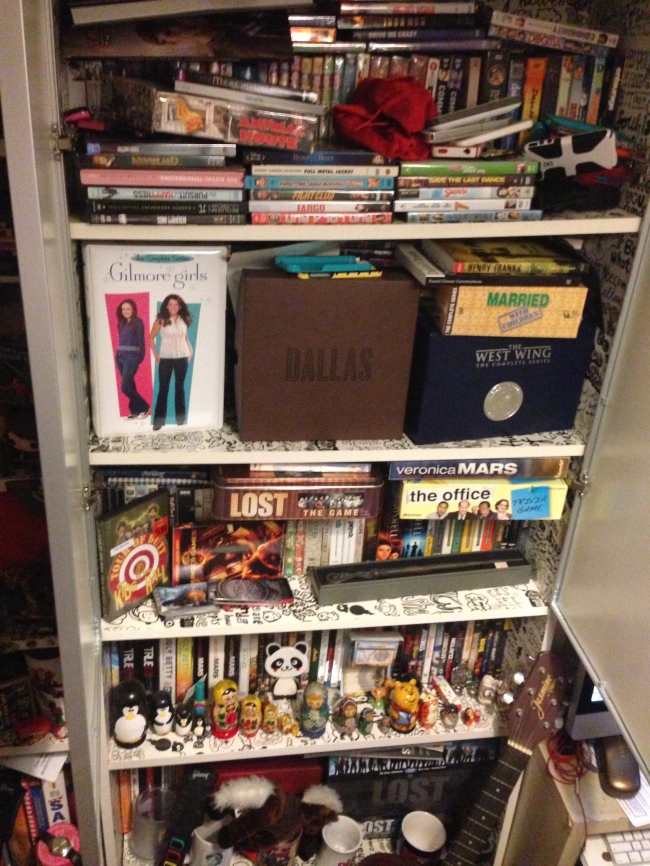 Eventually my DVD collection grew to a massive level because I began to binge more and more. According to most of the articles I keep reading it’s apparently clear that the binge watching is a new phenomenon, that people didn’t start doing this until recently. Wrong.

Fact is this. When I would binge watch something and explain to the people I worked with or casually knew that I did what I did I was looked at as a person with no real life, who doesn’t contribute much to the world and has no real social life. The fact I managed to sit there and go through seasons upon seasons of TV shows made it apparent that I couldn’t do anything or be anyone on this world. I was labeled a homebody. When in reality, I went out with my friends, I worked 10 hour days and I came home I wanted to be able to do something to get away from the grossness that is reality.

Now when someone binge watches something it’s perceived as socially acceptable. Couples do it together, friends sit and watch shows together all the time. I am glad that I am no longer asked if i have a life because I indulge myself in dozens of episodes of TV shows a night, but it also frustrates me that people seem to think of it as something new and cool so they do it and then proudly shout that they don’t need to date or have friendships or relationships because they have television.

That makes the rest of us look awful. You know, those of us that somehow managed to make room in our schedules to binge as we grew up, got jobs, had kids, etc. As much as the articles I’ve read talk about how this is a cool new thing, they also use examples of the  lonely college student, or the girl that can’t get a boyfriend.

I would also like to add one last fact:

“Binge Watching” used to be called watching a marathon. It existed for decades, networks had them all the time and people would sit through hours of their favorite shows long before the internet existed. So calling this something new, and evolutionary is just something else people can bandwagon on. I welcome the new folks, but don’t think those of us that did it before are all sad, single, lonely, workaholics. We aren’t.